For many years there has been a hope that solar battery storage will advance far enough that providing electricity storage in combination with a solar energy system becomes both viable and common practice. The ability to store excess generated electricity from a solar PV system and store it for use later in the day or night time is an obvious advance that many have been waiting for to improve their levels of self sufficiency.

At Solar Voltaics we believe that time has now arrived and there are number of reputable product offerings on the market that we are able to offer customers. The technology has been driven mostly by the very rapid increase in the worldwide development of electric vehicles and the need for high capacity storage at an affordable price. 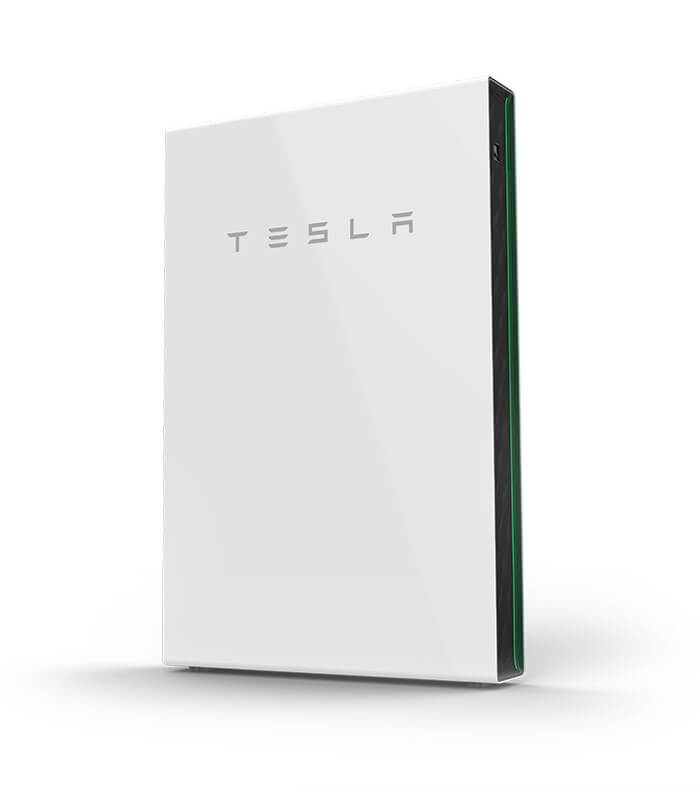 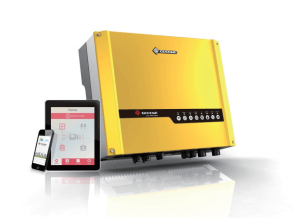 GoodWe ES series bi-directional energy storage inverter is compatible with both on-grid and off-grid PV systems. It can control the flow of energy intelligently. During daytime, the PV plant generates electricity which can be provided to the loads, fed into the grid or charge the battery. The electricity stored can be released when the loads require it during the night. Additionally, the power grid can also charge the storage devices via the inverter. 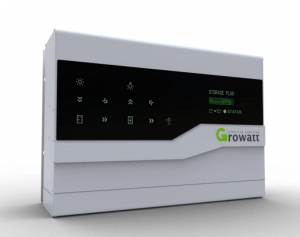 All prices include VAT

The solar PV system on your roof will generate electricity during the day that you can use in your home. Without a means of storing that solar electricity, any surplus energy that you don’t use is ‘exported’ to the local grid. During times when the panels are no longer generating (or not generating enough for your needs), you need to buy electricity back from your electricity supplier.

Solar PV with added Battery Storage – How it Works

‘Energy storage’ lets you store the surplus solar electricity, instead of exporting it. Battery storage lets you use more of your solar PV system’s output (in the jargon, it ‘increases ‘self-consumption’). This reduces the amount of grid electricity you need to buy, saving you money on your electricity bill.

Battery capacity – What size do I need?

Solar Battery storage systems are often provided with a power rating in kiloWatts (kW). Storage batteries for a grid connected solar PV storage system are typically around 1kW to 7kW. This is the capability of the battery to provide power.

A battery’s stated electricity capacity, as expressed in kilowatt-hours (kWh) is generally larger than the battery’s actual useable capacity, because:

What a solar battery storage system could power

A fully-charged medium-sized system could store sufficient energy to power during the evening your lights and lower-powered items like your fridge-freezer, TV and laptop. Over four or five hours, all of these together will use at most a few “units” or kiloWatt-hours (kWh), of electricity.

However, the battery will quickly run out if you put on heavy energy users like the washing-machine or tumble-dryer: these can consume 2 – 3kWh in a single use.

And in winter, the battery might not store enough to provide for even the lower-powered items for many hours

Despite expectations, some storage systems will not provide power during a power-cut.

Some solar battery storage systems however do have an ‘off-grid’ functionality, providing a limited amount of power to your home, or to essential equipment (such as your fridge-freezer, lighting etc). But a battery may run out of power before the power cut ends – or have already run out of power if it’s been discharging all evening and the power outage starts late at night or early in the morning.

If you require your battery storage system to provide power during power-cuts it is important to talk this through with us from the outset as the system will need to be carefully designed and set-up to your specific requirements.

A battery’s efficient lifetime depends on the technology and the way the battery is used – significantly on the number of ‘cycles’ (complete full battery charge and discharge) that they undergo.

Manufacturers generally give an expected lifetime in years and/or in ‘charge-discharge cycles’. For example:

Lithium-ion batteries last longer than lead-acid: you may see a 10-year lifetime expectancy claimed and this is improving all the time.

Normally the solar battery storage system will monitor the battery performance and should give you an indication when your batteries need replacing.

Some battery system manufacturers operate a battery leasing and/or replacement scheme for worn-out batteries and arrange for the safe disposal/recycling of the battery.