Solar panel electricity systems, also known as solar photovoltaics (PV), capture the sun’s energy using photovoltaic cells. These cells don’t need direct sunlight to work – they can still generate some electricity on a cloudy day. The cells convert the sunlight into electricity, which can be used to run household appliances and lighting. 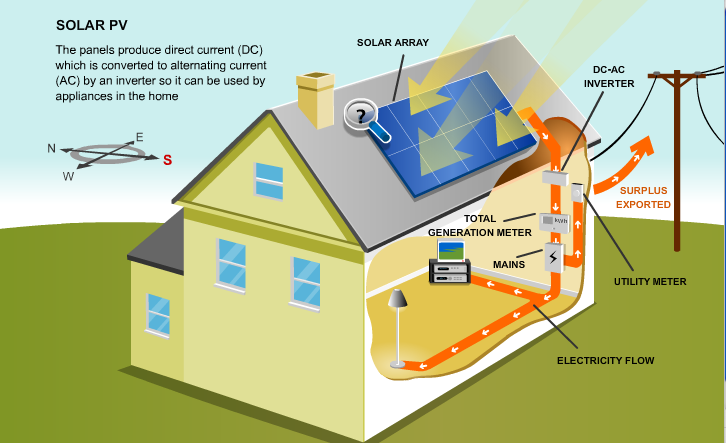 PV cells are made from layers of semi-conducting material, usually silicon. When light shines on the cell it creates an electric field across the layers. The stronger the sunshine, the more electricity is produced. Groups of cells are mounted together in panels or modules that can be mounted on your roof.

The power of a PV cell is measured in kilowatts peak (kWp). That’s the rate at which it generates energy at peak performance in full direct sunlight during the summer. PV cells come in a variety of shapes and sizes. Most PV systems are made up of panels that fit on top of an existing roof..